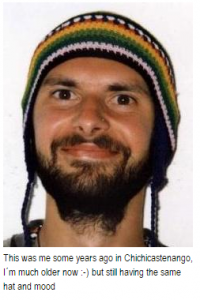 I was born some time ago in Perugia (Italy) and I lived for almost 30 years in a town near to the Trasimeno Lake. Since my family is coming from a wonderful village in south of Tuscany (Campiglia d’Orcia) I have spent there most part of my life and I fell in love with that area which I consider my paradise. I became electronic engineer by accident and, by accident, I started working as a researcher. I can’t say how and why, but that activity became my profession after fighting for a few years with my passion for the international cooperation. I stuck to Italy (don’t ask why, no reason) neverthelles I hate italians (but I love my country) until 2008 when I decided to move to Denmark, the country that I was dreaming as the perfection. Happy having done it, not the perfection but the closest. Now I’m fluctuating around for ending my life-trip in Campiglia and trying to spend as much time as possible with my wonderful son Noah.
I like to deepen anything I see, hear, experience, this brings me to do as much as I can. Once I heard a friend speaking about a long running competition of 100km and I thought “cool!” a few months later I was running that race without any training and, after crossing the finish line completed devastated, I thought “oh fuck, never ever!”. Once I have seen a tv program about the Transiberian railway and I thought “cool!” a few months later I was on that train and after 7 (almost boring) days on the train I thought “never ever in my life!”. I still think that there are many cool stuff to do and still do them even though I know at the end I’ll say “never ever”. Look, I’m a good runner now and I use to travel by train